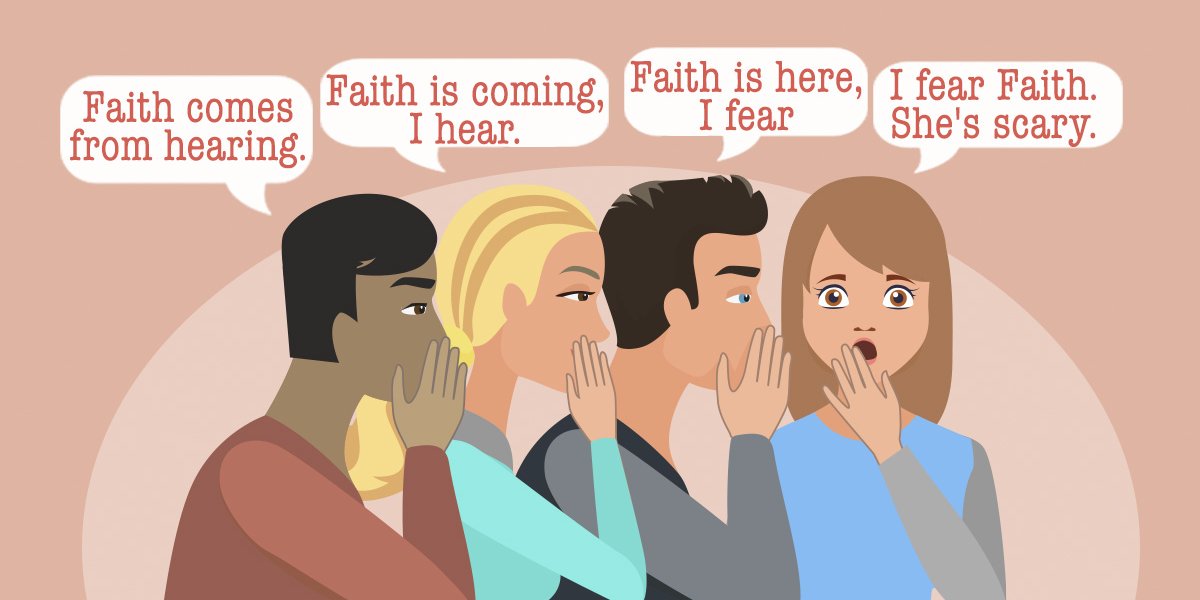 Why Do Bibles Still Need to Be Proofread?

Always good for a few laughs, the game also serves as a cautionary tale of what happens when people try to exchange information. The more times words are passed along, the more chances words can be changed.

Unfortunately, this is true even for Bible projects. You might think that as many times as popular Bible translations have been typeset, printed, and reprinted, publishers would have made—and caught—every mistake imaginable. Is there really a need for your Bible to be proofread?

Perhaps not if we had stuck with only one Bible translation, one typesetting, and one design. If Bible publishers had done that, we should now have a mistake-free, unchanging set of proofs to use for cranking out “perfect” Bibles.

But we don’t have only one translation that’s been typeset perfectly for perpetuity. There are hundreds of translations in English alone, dozens in Spanish, and portions of the Bible have been translated into thousands of other languages over the years.

To complicate matters, publishers and translation teams are forever updating their Bibles, revising translations, adding and deleting study notes, and giving each edition a fresh look, all in the attempt to make engaging with the Word of God easier and more enriching.

Consider the many people each Bible makeover requires—scholars, writers, editors, designers—with all those people involved, emails fly, documents are shared and altered, words are moved, and pages are laid out in new ways. The opportunities for errors skyrocket. It can easily become the adult version of Telephone.

Finding and correcting the numerous potential errors can seem impossible. And for busy publishers and editors, it probably is. This is where a dedicated proofreading team comes in. 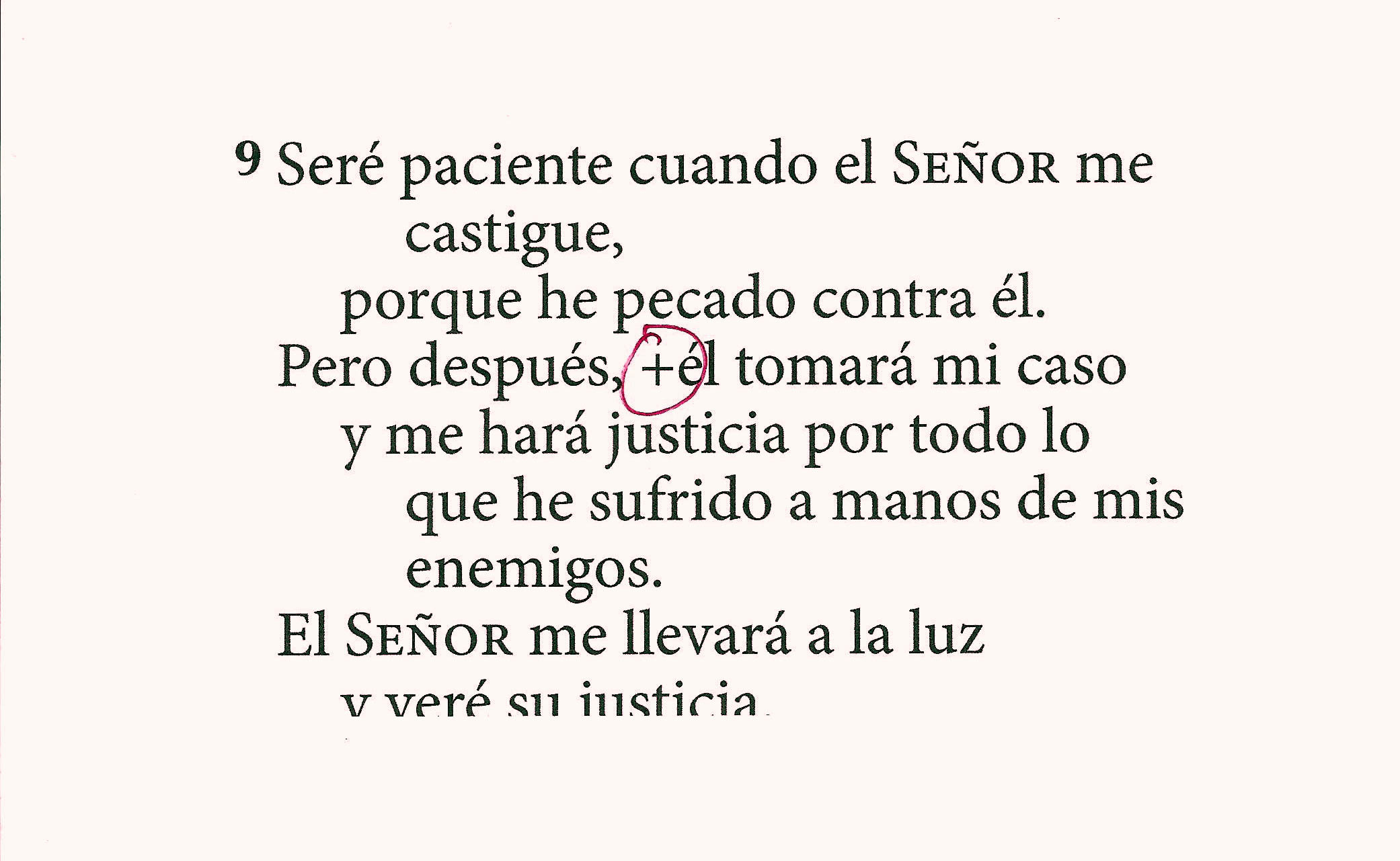 The sorts of mistakes proofreaders watch for are varied and run the gamut from missing text to wrong wording to general typos—editorial issues. (Read more in-depth explanations in Five Errors and Nine Mistakes.) However, one quirky typo we see is one that is specific to the typesetting process and involves the software used.

Most Bibles are typeset in a program called InDesign. As with any software, InDesign’s efforts to be helpful can sometimes create distractions for the reader, such as inserting bad line breaks or strange spacing issues. But consider this comment sent to one Bible publisher:

“My edition had a typo in Revelation 20:2 so that it read ‘cWhains’ instead of chains.”

This is not an isolated incident. Our proofreading team recently reviewed a Bible just before it went to print and found another mysterious W. Instead of referring to a mother hen, the verse spoke of a mother when.

So how in the world does a typo like that get into the Bible? Typesetters and proofreaders know exactly how: an InDesign shortcut key. InDesign allows users to click Ctrl+W to view a page in a print-ready preview. It’s a handy shortcut and used often. But there’s a catch. If the wrong tool is selected, Ctrl+W will actually insert a W at the place of the cursor. In fact, a typesetter might not even realize it has happened, as the stray letter is easily absorbed into the more than 3,000 characters on a typical Bible page. 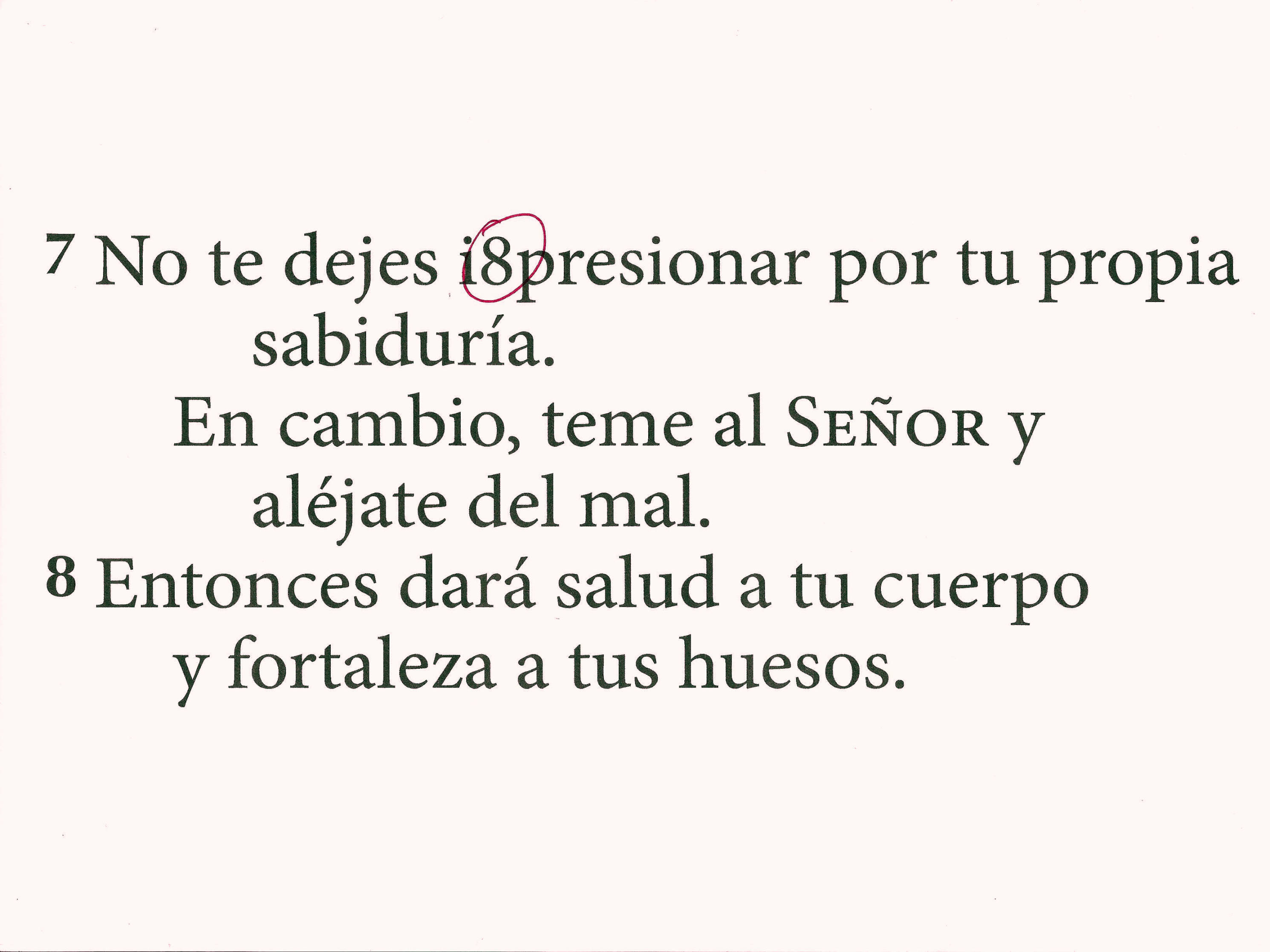 Some of these errors may seem like no big deal. But for everyone who gets distracted by such flaws while trying to meet God in His Word, mistakes like these can seem huge. They matter.

Much like receiving a cup full of snakes instead of a cold, creamy shake.

Peachtree’s Scripture Integrity Team is committed to finding and fixing every single error before your Bible goes to press. Contact us.